How Mentoring Can Help Indianapolis Youth

This article is made possible by a partnership with the Marion County Commission on Youth. Indy with Kids is proud to support the work of MCCOY and help communicate information that is important for the youth of our community.


Open Up and Learn: How Mentoring can be Beneficial for Youth

In 2003-2013, Celia was a young child participating in College Mentors for Kids.

“What I remember most about my mentor is that she genuinely cared for me and was interested in me,” said Celia. “I am the oldest child and I have a younger brother, so she definitely took an older sister role for me. She was someone I looked up to and had fun with.”

Celia is now a university senior studying social work. She volunteers with College Mentors for Kids, paying forward the service that was rendered to her as a youth.

Mentorship relationships have shown positive impacts in a number of ways. According to College Mentors for Kids, just over a year ago 62 percent of their third to sixth grade Indiana mentees passed ISTEP in math and 67 percent passed ISTEP in English and language arts.

“Mentoring, at its core, guarantees young people that there is someone who cares about them, assures them they are not alone in dealing with day-to-day challenges, and makes them feel like they matter,” said December LeTexier, Vice President of Statewide Outreach at the Indiana Youth Institute. “Research confirms that quality mentoring relationships have powerful positive effects on young people in a variety of personal, academic and professional situations. Ultimately, mentoring connects a young person to personal growth and development and social and economic opportunity. Yet one in three young people will grow up without this critical asset.”

LeTexier added, “The impact of mentoring extends beyond the classroom by addressing the needs of the whole child and helping the mentee grow into a well-rounded individual.”

“The goal is not to change who a mentee is,” said Stephanie Kohls, College Mentor’s for Kids’ Regional Director of Development and Community Engagement, “but to provide them with a mentor who inspires them to reach their full potential and realize new experiences for them that they may not have known before the mentor/mentee relationship.”

While the mentee is set up to succeed, the mentorship relationship can also be beneficial for the adult mentor.

“Mentoring is important because it allows the person doing the mentoring to give back to the community in a special way,” said Bryant Marion, After School Program Leader Team Lead for Boys Scouts of America. “It also allows the mentee to receive guidance from an outside resource. This opens doors for them with future possibilities.”

According to LeTexier, caring mentors are in high demand, as there are several central Indiana organizations that have children waitlisted until such adults can be found.

Aside from Boy Scouts of America, the Indiana Youth Institute’s Indiana Mentoring Partnership, and College Mentors for Kids, other programs around the Indianapolis region feature mentoring components. Some of the programs suggested by Kohls include to following:

How can parents and guardians find out if a mentoring is right for their children?

Kohls reminded families to use their children’s schools as resources. She said, “By speaking with a counselor, teacher or principal, an organization or resource for the child can be properly identified so that the child is able to gain the support needed.”

Marion said youth will make the most successful mentees when they are “willing to open up and learn from their mentor.” 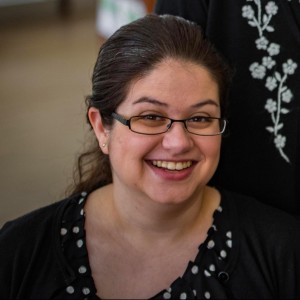 Katie Bulloff is a nonprofit worker, content creator, and native Indianapolis resident. With over ten years of childcare and nannying experience, she is always looking for new ways to entertain the young people in her life. Katie is the parent to one poorly behaved dog and is always on the search for new Netflix shows to binge watch, places to brunch at, and board games to play.
All Posts

11 Ways to Have Bubble Fun at Home

10 Outdoor Games to Play with Your Family

May 29, 2020
PrevWhere Does Mr. Daniel Play in Indianapolis
TarkingtonNext
Scroll to Top