At my house, we’ve been rocking out to Hamilton: An American Musical for years. My son and I take turns being Hamilton and Aaron Burr. He is learning a lot about the American Revolution, and how our nation got its start. A few summers ago, we took a summer trip to Boston and our trip was enhanced by his pop culture interest in the Founding Fathers, although there was too much John Adams and not enough Hamilton for his taste. This summer, millions of families have been able to enjoy the story and music from Hamilton the Musical on Disney+ and by now, many have seen the actual Broadway show. A few years ago, PBS had an amazing documentary called Hamilton’s America that gives viewers a look at how the show was created. For now, the documentary has been removed from the website, but we’re hopeful it will return.

Parental Advisory: You may want to listen/check lyrics before you let your kids listen. Amazon Prime Music offers a “clean” version of the soundtrack, which is more appropriate for children.

East coasters can easily find historic significance in the surroundings to tie into Hamilton, but what about Indianapolis? We set out on a Hamil-Venture to find out if there are any places in Indianapolis that can tie into Hamilton and we find a few, plus even more across Indiana.

History Has Its Eyes On You – Hamilton in Indianapolis

Did you know Indianapolis is second only to Washington, D.C for the number of war memorials it contains? Indianapolis has dedicated more acreage to honoring fallen soldiers than any other city in the U.S. It’s the perfect place for children to start learning about the Revolutionary War. The Indiana War Memorial is one of the best kept secrets of downtown Indianapolis. This magnificent monument pays tribute to Indiana armed forces through all American conflicts and wars, starting with the Revolutionary War. Their display about George Rogers Clark capturing the British Fort Sackville (current day Vincennes) will give kids a chance to see the dress of the day and learn more about the capture. Fun fact, the Soldier and Sailors Monument honors Hoosiers who fought in the Revolutionary War, along with later wars. Walk around the monument you’ll notice that each side of the monument honors a different war. Here you’ll find a statue of George Rogers Clark. One character from the musical my son has latched onto is George Washington. He was DELIGHTED to learn that our fair city has its own statue of this important Founding Father. Look for him on the statehouse lawn, facing, you guessed it, Washington Street. We’ve talked a lot about Britain’s rule over the 13 colonies, and what made the colonists fight for freedom. If your kids enjoy laughing at King George III, stop by his portrait the next time you are at Newfields Museum of Art. The king, as well as Queen Charlotte are part of the museum’s vast collection (as is a portrait of Hamilton, and other key characters – check the Newfields website to see what’s currently on display, as these items are not always available to be viewed).

While my kids love  to laugh at the king, if you have a budding Anglophile, check out places to have tea around town.

Hamilton Ties to the State of Indiana

Here are some other tidbits – if you start looking, references to some of the other characters in Hamilton are also around the state.

Lafayette is indeed name after everyone’s favorite fighting Frenchman, Marquis de Lafayette. One of the stops on the outdoor art trail is a fountain that features his statue and is named after home. Visit the George Rogers Clark National Historic Park in Vincennes, and learn how he led his troops to victory over the British in the Siege of Fort Sackville. This victory helped the U.S secure the western frontier at the time. This battle is reenacted every Memorial Day weekend at the Spirit of Vincennes. Much like other battles of the Revolution, US troops had to surprise and deceive the British in order to win.

Believe it or not, there was a skirmish between the US and the British on the shores of Lake Michigan in what is now Indiana Dunes State Park! The next time you are there, visit the marker. The British ended up winning this one day battle, when the rebellion’s surprise attack didn’t go as planned.

There’s a statue your #Hamilkids might appreciate in Fort Wayne, Indiana. The town that is named after General Anthony Wayne has a statue paying tribute to him, of course. He led troops in several important battles during the Revolution, and worked closely with General Washington. He was left in a quandary at the Battle of Monmouth, when Charles Lee retreated. General Anthony Wayne and Washington did what they could, snatching a stalemate from the jaws of defeat. “I cannot forbear mentioning Brigadier-General Wayne, whose good conduct and bravery through the whole action deserves particular commendation.” – General George Washington

Are your kids into Hamilton? Did we miss any #HamilKid stops on our tour? Let us know in the comments below 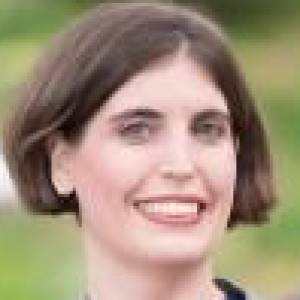 June 23, 2022
PrevThe Pigeon and Pals! A Mo Willems Art and Play Exhibit | Extended Due to COVID 19
The Children’s Museum is Open to the Public | What to Expect on Your Next VisitNext
Scroll to Top